This is the first look at the plans that Play has! Pokémon for the upcoming season and the processes that will have the qualifiers of the next Pokémon World Championships 2021.

⚠Information about the 2021 Pokémon Championship Series⚠

This is the first look at the plans that Play has! Pokémon for the upcoming season and the processes that will have the qualifiers of the next Pokémon World Championships 2021.

Planning is underway for the upcoming 2021 season of Pokémon’s organized competitive game which joins all players waiting for the resumption of exciting competitions around the world.

However, the health and safety of our communities remains the most important aspect before the resumption of these live events, the global situation is being continuously monitored.

The timing of next season’s Pokémon Play events to start will be determined by the health mandates, guidelines, and recommendations provided by the appropriate government agencies in each country.

The following information provides very important points on how the Championship Series will be worked for the 2021 season in the hope that competitive play can resume in some way over the next 12 months.

Pokémon events remain suspended, but plans for the upcoming season anticipate that the Pokémon World Championship will take place in the City of London in August 2021 as planned.

As a result, the following changes are being made:

▶ The 2021 World Championship will run for four days, starting from Thursday and ending on Sunday.

▶ There will be two CP qualifying bars during the upcoming World Cup:

This day will play all those players who will reach the new CP goal set in the 2021 Competitive Game Series, of course, when more information about qualifying events is available. Players who manage to earn all their CPs in this period will be rated during Thursday.

▶ The CP number for new qualifiers will be announced over the next few days.

▶ Information about “Best Finish Limits” will also be available for the next few days.

This is only the first update to the 2021 Championship Series. More updates will be provided as more information is confirmed. 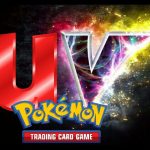